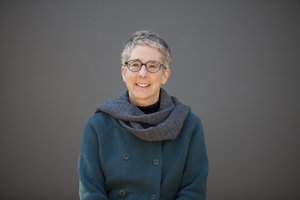 Vice Provost Cindy Weinstein is the Eli and Edythe Broad Professor of English and Chief Diversity Officer. Her academic work focuses on 19th-century American literature—a specialty in which she is the author of several monographs and edited volumes.  She has published extensively on Herman Melville and Harriet Beecher Stowe, and is especially interested in studying the relation between literary texts and the culture in which they were written.  She has been a member of the Caltech faculty since 1989 and served as executive officer for the Humanities for six years, starting in 2008. Cindy has served on other various committees at Caltech including the Faculty's Curriculum Committee and the Presidential Search Committee.

As Vice Provost, Weinstein oversees several programs, including the Council on Undergraduate Education, accreditation, the Staff and Faculty Consultation Center, Student-Faculty Programs, The Center for Teaching, Learning and Outreach, and the libraries. In addition, she is involved with the President's Diversity Council. Cindy seeks to continue Caltech's traditions of excellence and to help foster new possibilities for teaching and research that will yield even greater success for both students and faculty.

Originally from New Jersey, Weinstein received her undergraduate degree from Brandeis University in 1982 and her doctorate from UC Berkeley in 1989.

More information on Dr. Weinstein's research can be found on her website.